Today’s post is by a dear friend, Stephanie O’Donnell, who is a great advocate for Cupcake Kids and Sixty Feet. She recently returned from a Sixty Feet mother/daughter mission trip. She shares thoughts about her her journey below.

Processing Uganda – The world goes round just like before

The much anticipated trip to Uganda is now over. I have absorbed and now I am processing all that I have seen, experienced and lived. Since the prayerful pen is the way I figure things out, I expect I’ll be posting a bit more than usual over the next few weeks. It is my prayer that as you read you’ll be encouraged, and maybe even motivated to stand up and go, love your neighbor in the name of Jesus, in some way that you have never done before.

It is April 15th, opening day of salmon fishing. The familiar sound of motor boats, travelling the river, echoes a constant groan from just outside my window. Geese honk and squawk all about announcing their annual return to a Canadian spring and the beginning of mating season. The sun rises and sets. The school bus arrives to pick up the kids at the same time. My job demands my time, the groceries need to be bought. The world goes on as usual.

And I stand amongst it all, this passing by of the world, and it seems a blur and is making me dizzy. I want to yell “STOP!” yet would anyone really hear? These words of Solomon come to mind as I stand still in a hurried world, “I have seen all the works that are done under the sun; and indeed all is vanity and grasping for the wind.” Ecc. 1:14

Where are we going in all our hurry?

Two weeks ago today I stood in a tiny, remote fishing village in Africa. I stood amidst filth and poverty like I never imagined existed. I took the hand of a young girl as she led me through her village of mud and straw buildings of adjoining rooms, each room a home to a family. The buildings were separated only by a path big enough to walk through, the path was covered in water containing more than last night’s rainfall. I stood and prayed as the gospel was shared and then demonstrated. It was heart wrenching. It was surreal.

Two weeks ago I stood in the middle of a compound which is home to orphaned children, a government run orphanage equipped for less than half of the children it currently holds. Our team of 18 were surrounded by 170 children mostly under the age of 12, desperate to take a hand and receive a hug. I held a 24 month old who had been abandoned by her mother in a pit latrine. She rested her little head on my shoulder and began to tap a rhythm on my other shoulder. Then she sang me a song in her language. I sang “Jesus Loves You” and prayed over her for an hour; because Jesus’ name is power, and prayer is power, but I am nothing in the midst of this vast hopelessness. 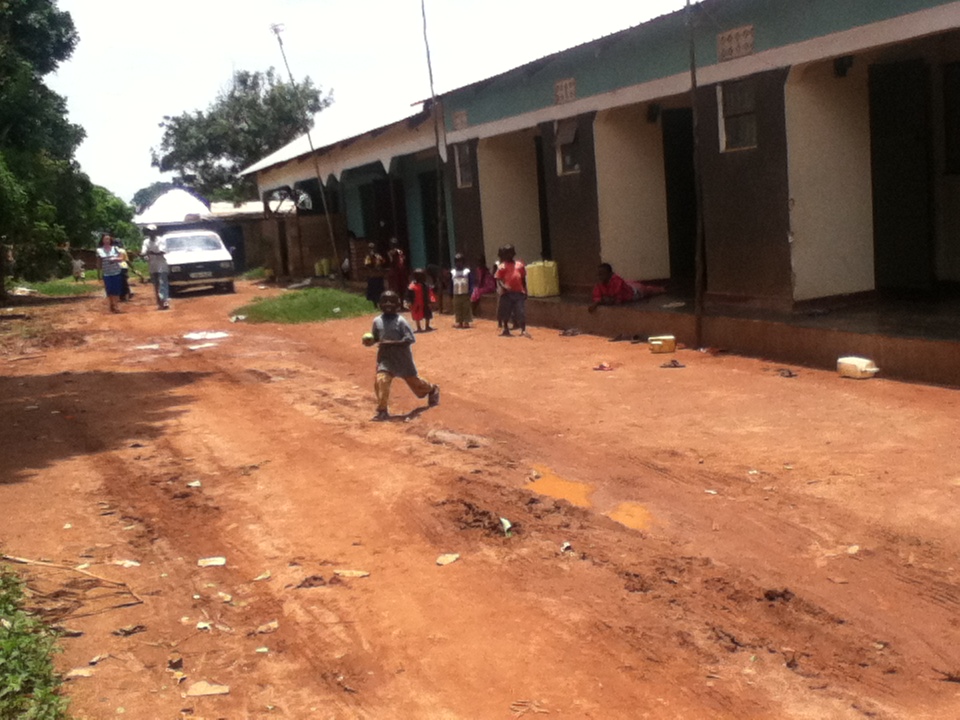 I have seen darkness, despair, hopelessness beyond what I ever imagined, beyond my ability to translate into words.

And now I am home.

And the world rushes on, unaware. I stand still, lost in this rush, dazed by what I have seen, by the contradiction of it all; resisting the push and pull to resume life as ‘normal’.

Yet I know not how to go forward with the incongruity what I have seen and with how I live, except to cling to Christ; and to go back to where this wild adventure all began:

Isaiah 58: where the Lord says, through Isaiah, “Cry aloud, do not hold back; lift up your voice like a trumpet; Tell my people their transgression, and the house of Jacob their sins.” Is. 58:1

A dangerous prayer: Where I have prayed once again, “Here I am Lord. Use me. Take me out of my comfort zone and put me in over my head. Then I will know it is you who has done this thing, and not me.”

And a new prayer based on Is. 58, “Lord, let this heart that You have shattered never view the world the same way again. Help me Lord, to love my neighbor and not to turn away from my own flesh. Show me how to spend myself in behalf of the hungry and satisfy the needs of the oppressed.”

For now that I know, I will surely be held accountable.

“For everyone to whom much is given, from him much will be required; and to whom much has been committed, of him they will ask the more.” Luke 12:48

Thank you to miss Madeline who first thought of the idea of selling cupcakes for imprisoned children. For it was the simplicity and hand-on idea of cupcakes which got Alli (my daughter) and myself involved in the first place. Little did we know our hearts were to be lost in the process.