This post was originally published by our friends, and Sixty Feet Adoption Family for March, The Dinsmores (http://thefarmerswifetellsall.blogspot.com/).

This should be a very sad post about a hopeless place. 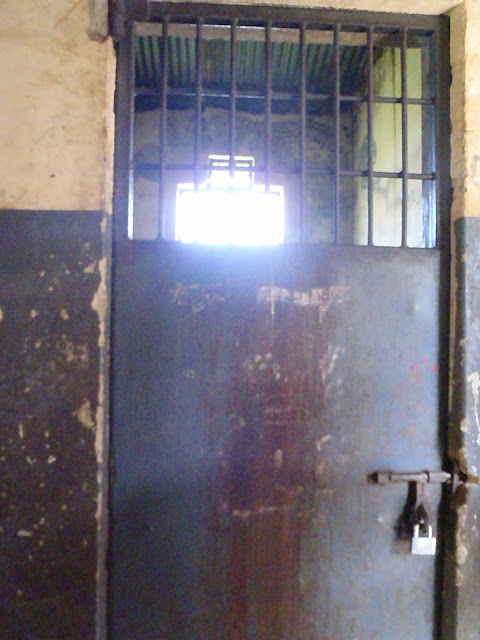 We went into remand center “M” with a team from Sixty Feet. Jon and I along with three other adoptive families and Sixty Feet staff members went that day. Sixty Feet sends their staff to minister at the remand centers on given days, and they work in six different centers.

Moses is Sixty Feet’s in-country coordinator at the remand centers. Godfrey, our beloved driver and friend, also works for Sixty Feet. The guesthouse we stayed in was next door to Godfrey and his wife Tina, and Moses and his wife Betty, and we grew to adore them all. Betty, at seven months pregnant, joined us that day to provide the kids at “M” with medical treatment (she is a nurse.) She was quite a sight, pregnant and with her 18 month old toddling around while she ministered with her husband. I have never known such purehearted, God-loving people.

It looked like any other prison from the outside. 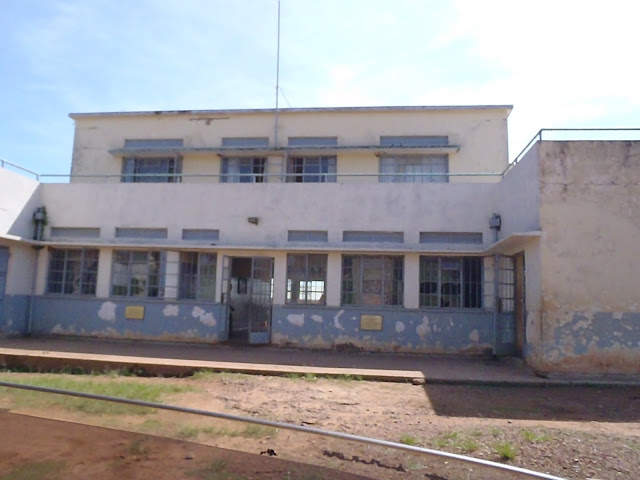 Inside was different.  Prisons don’t usually have children’s beds and clothes lying around. 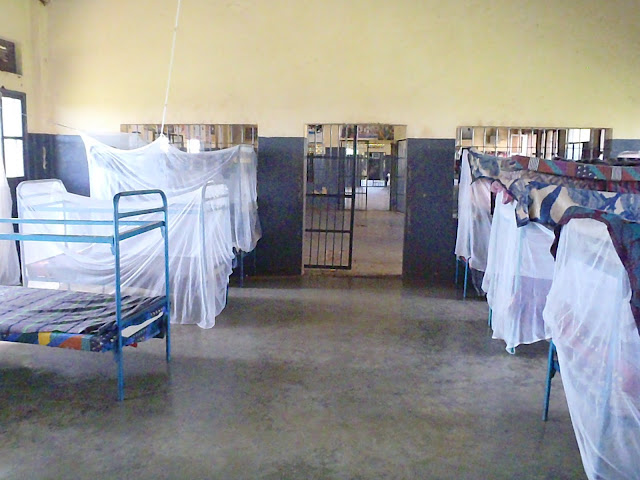 There were kids dressed in rags. 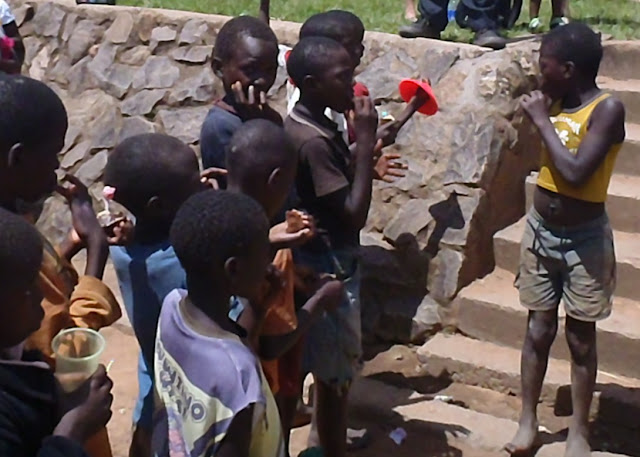 Half of the boys did not have shirts on. We were told that was because they were new there, and it is the easiest way to identify new children. We were also shown the isolation cells new kids are kept in. 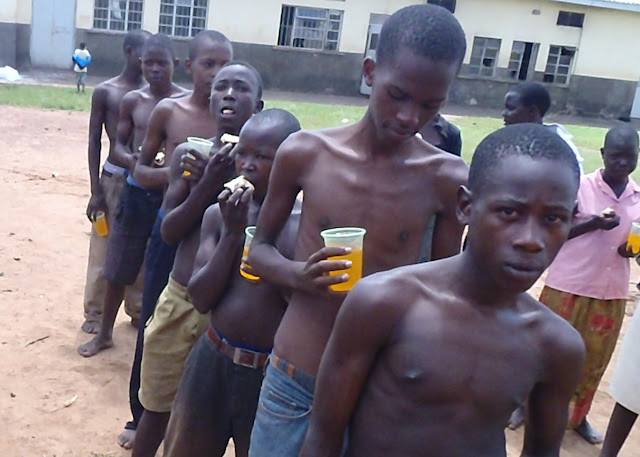 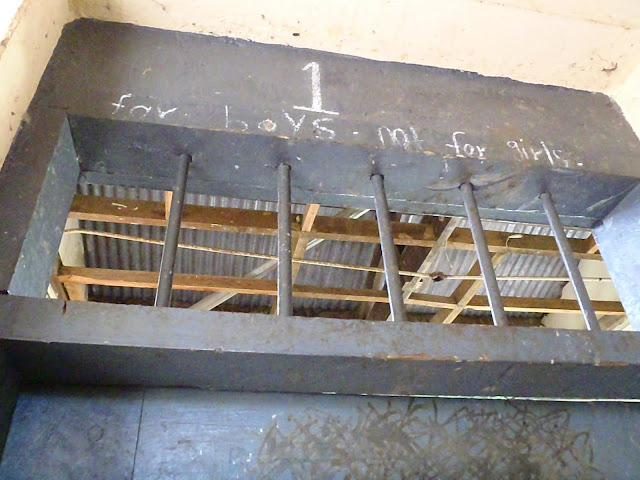 The smell was almost more than I could take when we walked past the cells, and after seven days in Africa I had smelled a lot. We entered a gathering room where the inmates assemble for their time of worship and devotion led by Moses. The kids sat on concrete floors and their minister opened up in prayer. After that, the kids sang worship songs in their native language. Looking around at them,with hands held high and eyes shut in worship, I thought of Paul and Silas singing in prison. In this ugly place, a room full of hungry, dirty, and even sick children were raising their voices and saying that God is good. These children have seen the worst that life has to offer – many have experienced abuse, neglect, or have just been left there by their parents. And yet, the love of God was so present in that place.

Moses began speaking in his gentle but powerful way. He talked to them simply about God’s love and forgiveness and the hope we all have in Christ. He explained to them that the families visiting that day were doing so because we had God’s love in our hearts and wanted to share it with them. Moses also said something none of us knew at that point. We knew the water pump was broken and there had not been water there that day. None of us realized this meant the kids did not get their porridge for breakfast or have anything to eat or drink that day.

It just happened that Sara, one of the moms with us, had this wild idea a few days earlier – to bake 400 cupcakes for all of the kids at the remand centers Sixty Feet serves. The Cupcake Kids national bake sale happened two days prior all over the U.S. to raise money for these very kids, so Sara thought it would be fun if we baked them all cupcakes so they could be a part of it. She and the mamas at her guest house spent most of the weekend baking cupcakes. I joined them for a while Sunday afternoon. We measured, mixed, and baked without any measuring spoons or timers in true Africa fashion. By the end of it, we were all sick of cupcakes!

Anyway, Moses told the kids that we brought them cupcakes and juice and that God had orchestrated this on a day when they would not have had anything to eat or drink. They broke into applause. Sara stood up to try and explain the national Cupcake Kids bake sales and that kids all over the U.S. were hosting bake sales because they loved these imprisoned kids. She got about halfway through before she was tearing up. Moses closed in prayer and we went outside where the kids lined up for us to serve them. You never saw such happy kids in your life! 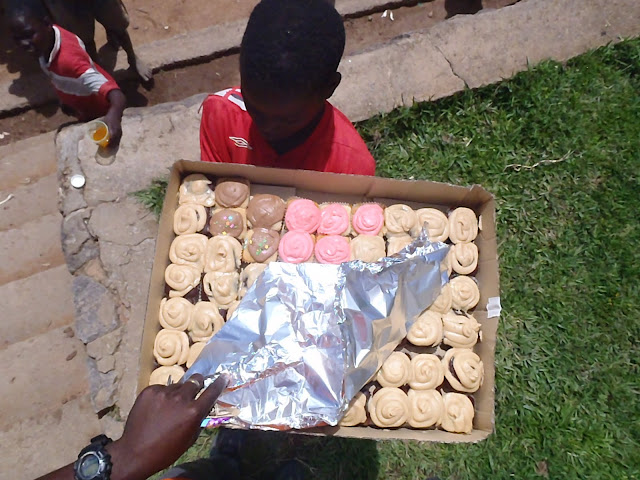 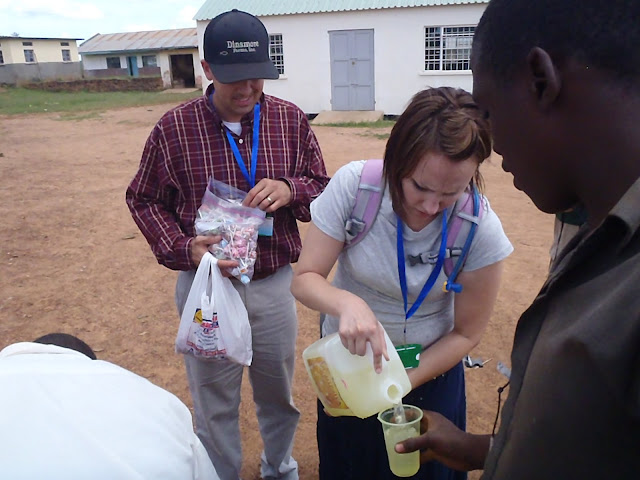 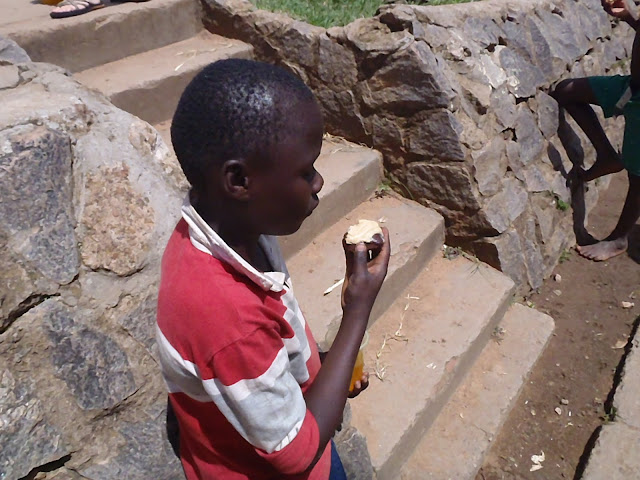 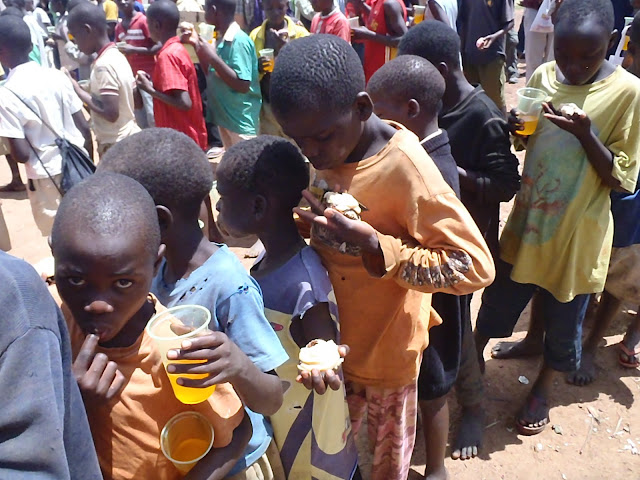 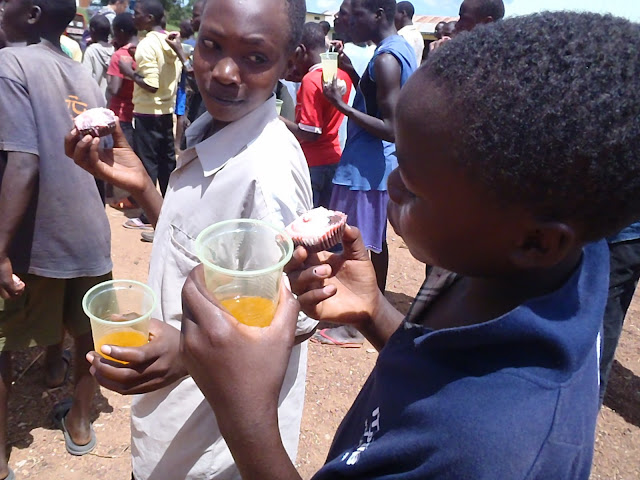 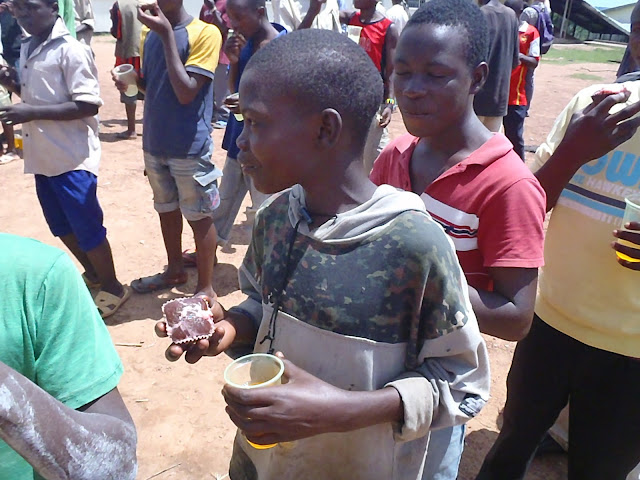 Jon brought soccer balls and passed them out. Then he and Godfrey went off for a soccer game with the kids. 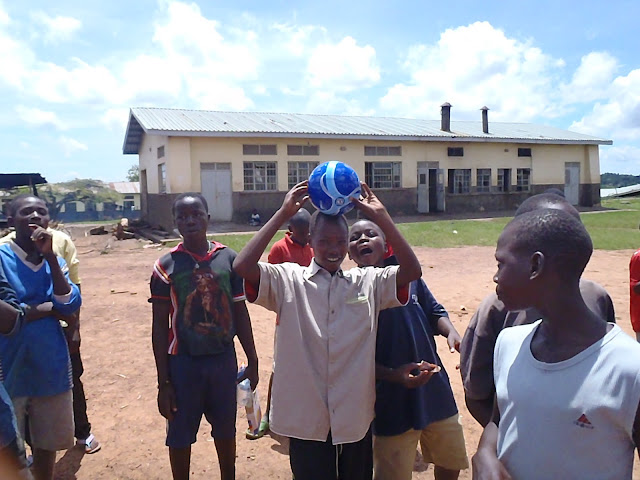 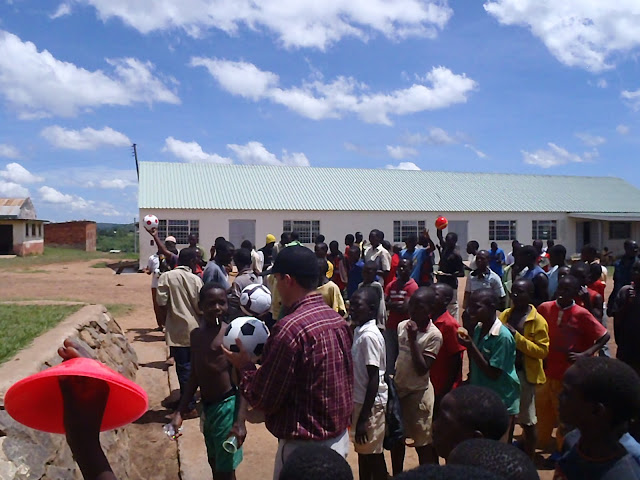 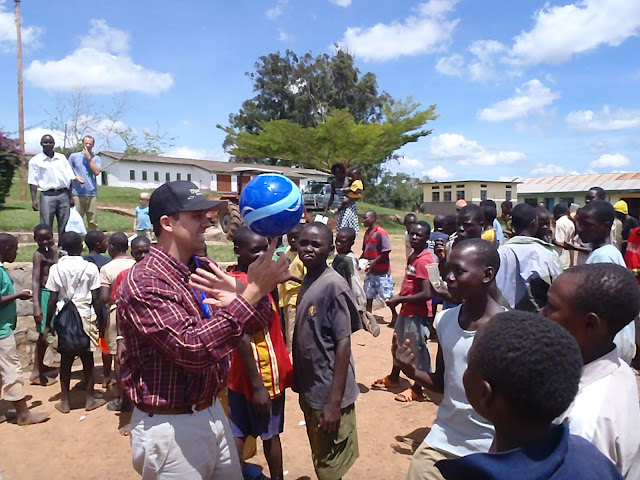 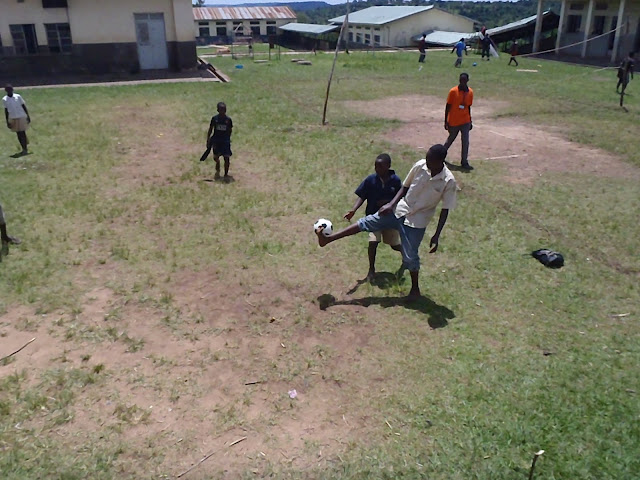 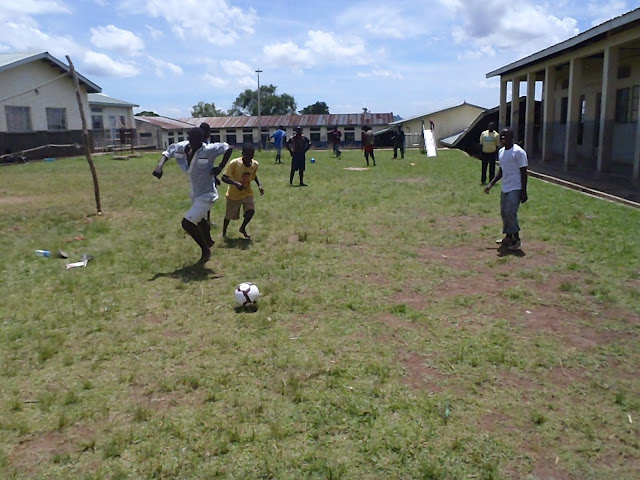 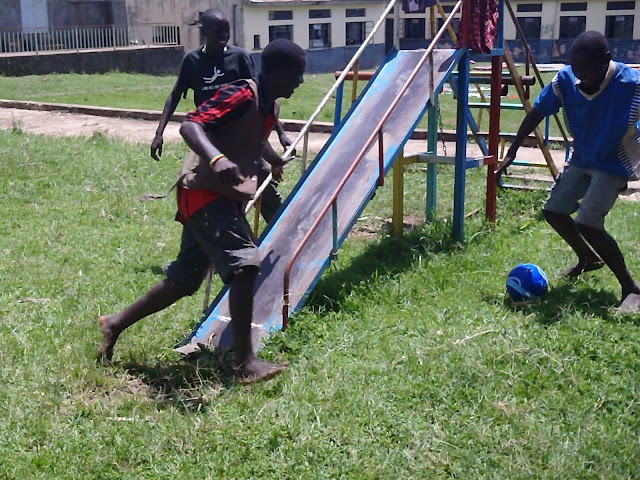 This should have been a very sad post about an awful place. 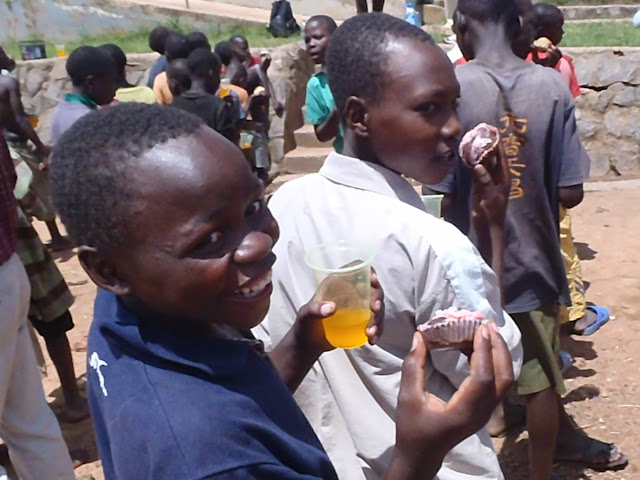 But two things stand out to me. First, that the hope I saw there was a product of God’s people being obedient to His calling. It takes a lot of hands and feet both in-country and in the U.S. to give these kids ongoing medical care and to have the word of God shared with them through Sixty Feet. Secondly,  I was reminded how God can use anything for good. This was supposed to be a terrible place. And in many ways it was. But it was full of  the love of God. 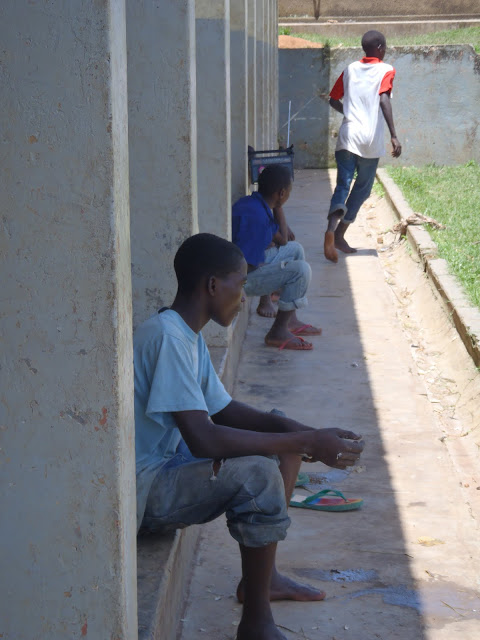 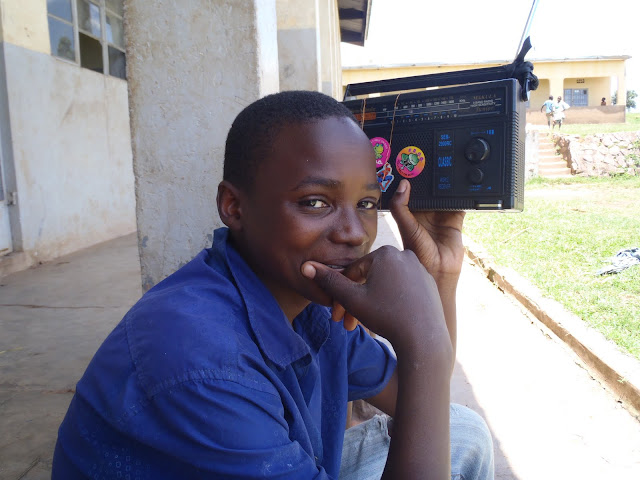 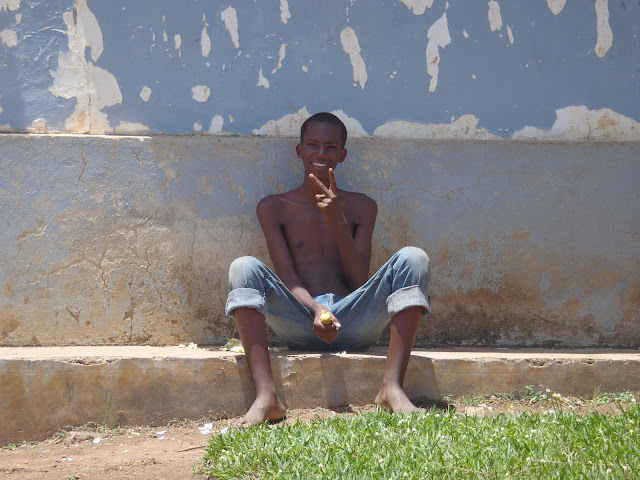 You intended to harm me, but God intended it for good to accomplish what is now being done, the saving of many lives. – Genesis 50:20